These three images were part of a set that I took whilst Mrs M and I were on a short break down in Devon. Neither of us had been down there for a good many years. The last time was probably when our daughter who is now 27, was a toddler. I think the impression that we carried home with us was how many of the smaller villages are still quite isolated with roads (they’re called roads but at times I did question that) that seemed to meander for miles until they arrived at the destination required. But there is no denying it is a beautiful part of the country. Devon is so-called from the name that the Romans gave the Celtic tribe that lived there, the Dumnonii.

This landscape shows just how beautiful the countryside is in Devon even if it’s just rolling pastures and fields. We took shelter as the rain that threatened came down ten minutes or so after I took the photograph. Just like the previous couple of days, it wasn’t torrential, but enough to ensure you had waterproofs on.

This shot is a close-up of a pot of blooms that were sitting in a Devon garden. The lens I used was the rather excellent Fujinon 35mm F/2.0, my favourite, on my oldest Fuji camera the also excellent X-E2. 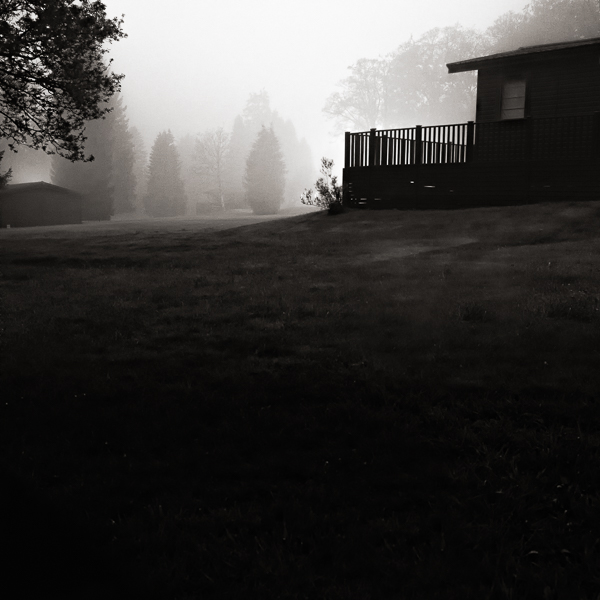 This image was taken from the cabin in which we were staying. Looking up the hill past the next cabin to the woods, just after the sun went down, we saw a bank of mist starting to roll down the slope towards our cabin. It was all very eerie. It was quiet, no birdsong and a chill descended as the mist got closer. I am sure that if we watched carefully we may have seen hazy figures carrying oval shields move up the hill into the woods.