It’s winter in the UK at the moment and this year there seems to be more bleak, grey days than I can remember we’ve had over the last few years. This bland, depressing time is sometimes spasmodically interspersed with days of eye-watering brightness, long shadows and a crisp coldness that quietly numbs the end of your nose. But at the end of it, we know that spring will happen. It may come in with a whimper rather than a triumphant shout but it will arrive. And when it does, the UK countryside erupts with colour. The wildflowers decide to stand up for themselves against the departing winter winds and everywhere there are so many shades of green. So whilst winter creeps on, here are some images to remind us of what we can expect in a few weeks time – we hope!

My first picture is of a bluebell wood taken in Devon in the spring of 2016. I have lifted the greens and the colour of the bluebells to match my impression of the day by using the Fujifilm Velvia film profile, which was added to the RAW file in post-processing. The leaves and grass seemed to be almost translucent in the sunlight and the bluebell heads are a vibrant blue/purple.

The second shot is of flowers in a beautifully manicured garden in the National Trust property at Lanhydrock. Once again the colours were lifted by the Fujifilm Velvia film profile to enhance that feeling of new growth. 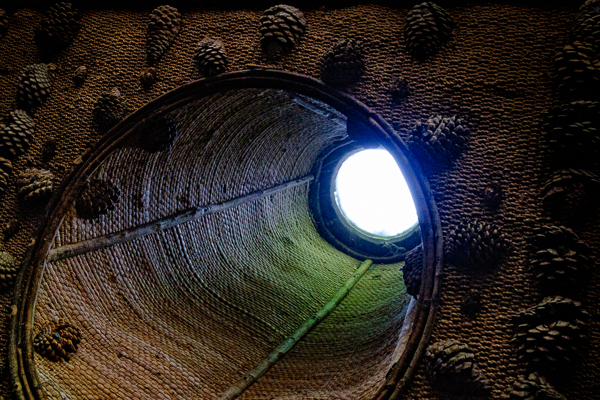 The final picture is a close-up shot where I noticed the green light fashioned by the glass at the end of the funnel and I liked the texture of the hessian and earthiness of its colours.