Ok, I make no apologies for showing some more photographs that I took on the trip Mrs M. and I went on down to Weston-Super-Mare. I got some great pictures on that trip. As I have said before, the weather was stormy and the first photograph below shows the magnificent display of clouds we were lucky to witness. I like the effect that the sun, which was struggling to push through the clouds, has on the whole picture.  The sea and sand were bathed in a semi-light which gave a great ambience and some of the clouds have been lightened by the sun too. This photograph was one of the ten I submitted to the Royal Photographic Society to achieve my licentiate distinction.

The second photograph was taken from the famous Weston Pier looking inland to the town. The storm clouds had just begun to clear in the Bristol Channel and were moving over the back of the town. The brighter clouds and better weather were pushing in from the west. I love the swell of the wave at the bottom of the frame starting to get larger as it moves to the beach. 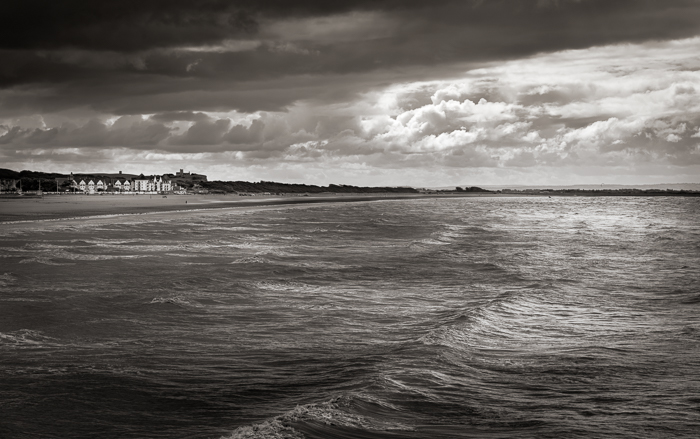 The final picture was again taken from the pier looking to the town and you can see the rain clouds hanging over the town. You can see them twisting and rolling over the roofs of the hotels and houses. The pier was a great place to photograph from with all the fabulous clouds blowing in from the west. 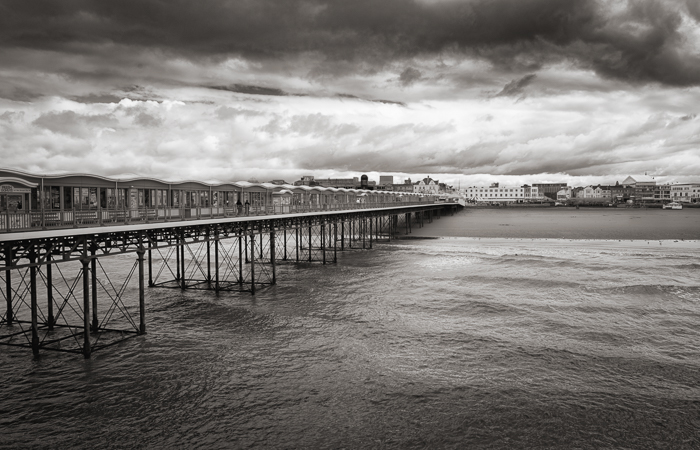