Today’s images are again from the Weston-Super-Mare shoot. Despite the weather (or should I say because of it), it was such a great day for photography. The light was that really translucent type that seemed to just emanate from everywhere.
These next three images are again in the 1:1 or square format that I like so much and also once again they are in monochrome.

The first image was taken whilst I was standing on Weston’s pier. I notice the man walking on the sand just in front of the lapping waves. He stood there smoking for a while, just watching the waves lap up the shore. I decided to meter on the wet sand on which he stood to render him in silhouette. 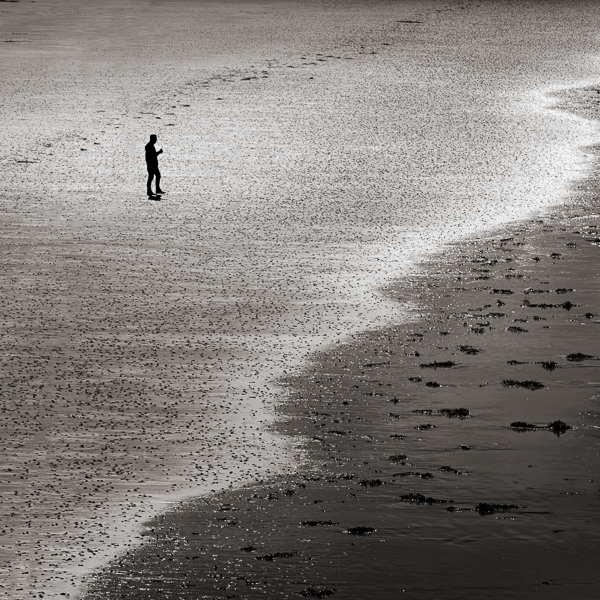 The second picture is of one of the vendors that stand along the seas shore at Weston. Obviously not expecting to sell much on this chilly and windy day, the owner had not opened his stall. I liked the incongruity of the stall and its motif sitting against the background of the Bristol Channel and the stormy sky. The two flat tyres of the trailer on which the hut was sitting also gave it a sad, forgotten feel. 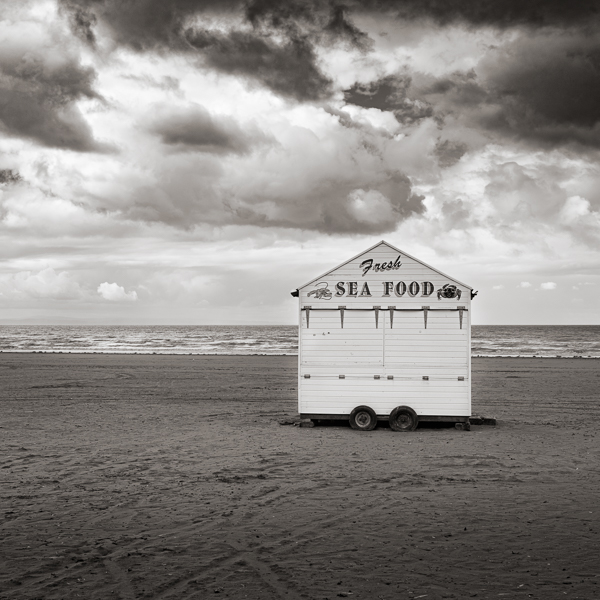 The third and final image today is of one of the warning signs letting beach-goers know that there is sinking mud on that part of the beach. The angle of the post draws the eye to the depiction of the figure on the painted sign holding its arms up in alarm. 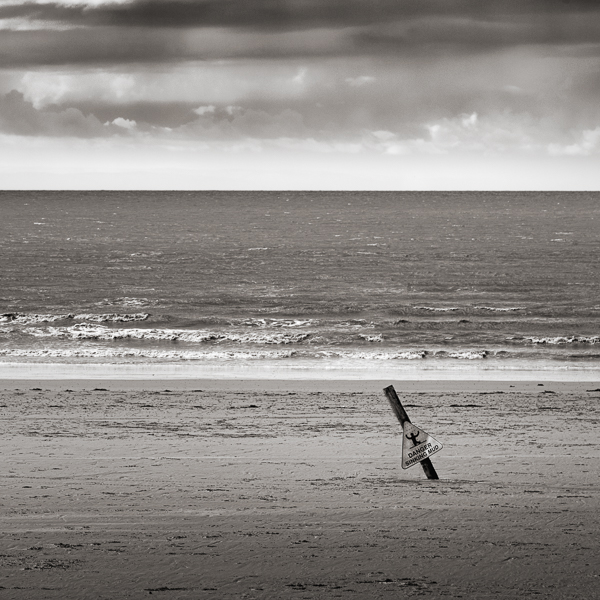