The basin in Stratford today was frozen over. The commercial barges that lay at berth were locked in by the ice and the ever-present ducks and swans looked bemused as they ambled about wondering why the water which hitherto they had floated on, had gone hard.

The sun was bright, and obviously showing-off, but it’s mild winter warmth was completely ineffective against the froze blast of the wind which cut its way across the river like an icy scalpel.

The ice in the basin was made of large pieces of a previous freeze, which had broken and moved randomly and then frozen again. 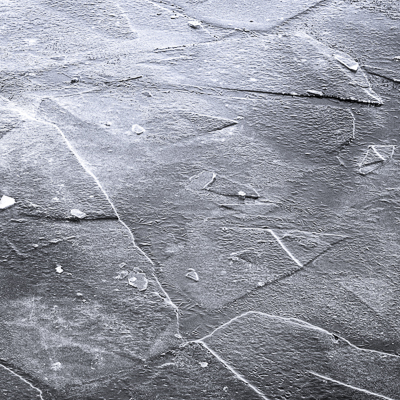