We’re still in Northumberland this week with my photographs. I’m not going to apologise for it, it is a fantastic county and there is just so much to photograph there. The light and the weather change so often, that it is impossible to get bored or have photographer’s block whilst you are there.

The first shot is a close up of some rocks, pebbles and dried seaweed that you can find on the beaches along some parts of this coast. I noticed a fragment of what looked like normal bricks, a part of a wall that had been battered and rounded by the sea pushing the rocks and pebbles over it on every tide. It looked a little incongruous amongst the more natural beach stones and rocks.

This shot is looking across the entrance to Holy Island harbour. The two towers in the distance are the Guile Point lighthouse which is also known as the “old law beacons”. The sky has only been slightly enhanced for the picture as we had scudding clouds all day bringing repeated showers. The cloud over the obelisks was also heading our way and you can actually see it is dropping some rain as it travels over the inlet. 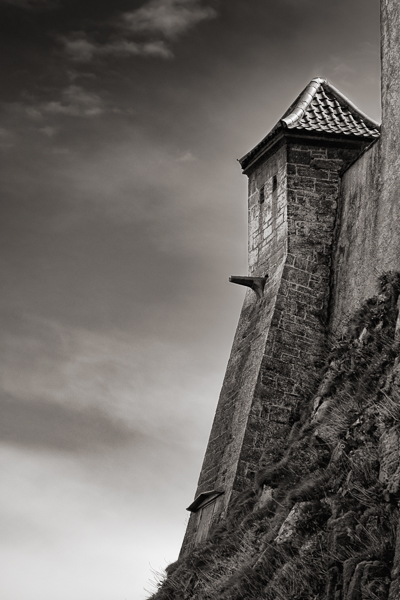 The final image is of a tower on the castle at Lindisfarne. The castle itself, although not huge, looks very impressive as you walk around its base looking up at the walls and towers. I was lucky enough to just catch a little bit of sun on the coping stones of the roof of the tower. 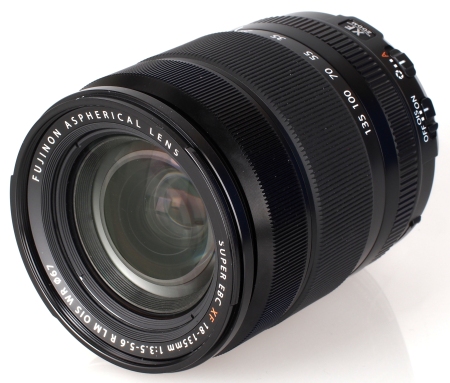 When I took the trip to Northumberland, I had only just got the Fujifilm X-T1 and the Fujinon XF18-135mm zoom. So, although I already had a Fujifilm X-E2, working with the X-T1 was new and the lens equally so. I was more than pleased with how both performed. Although my main camera is now the X-Pro2, the XF18-135mm is still one of my go-to lenses. Although I don’t find it as bitingly sharp as the XF55-200mm it is a good steady performer throughout its zoom range.