More images this week from Northumbria, this time in and around the atmospheric 16th-century castle of Lindisfarne – and in colour! Built on Beblowe Crag on Holy Island the castle takes the battering of the storms that rage across the North Sea at times. I have been to Holy Island and the castle whilst the area was in the path of a force ten gale. It was nigh on impossible to stand up against the wind and the monastery at Lindisfarne was closed for fear of the walls being damaged and falling on visitors.
These images were taken the day after a cold, wet and windy day. This particular day, however, the weather was warm and sunny. That’s British weather for you.

This photograph shows the rock pools left after the tide had gone out around the island and the castle in the background. 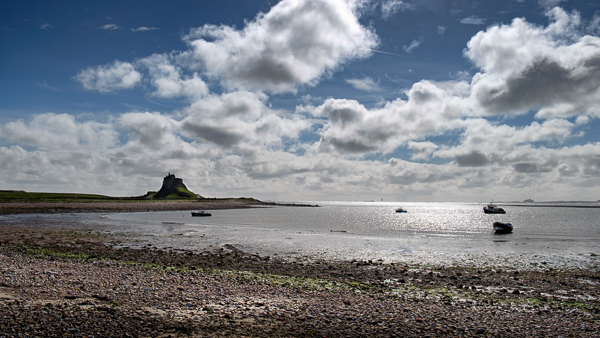 This image shows the sun on the sea around Lindisfarne, with the castle and its crag once again in the background.
I didn’t use a neutral density filter on the clouds of these two pictures as I took them, I ensured that the skies were not blown and then worked them up slightly in post-processing. 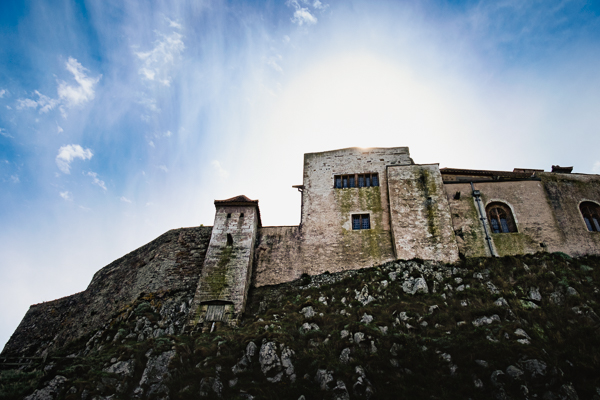 This last image shows the castle as I walked around the base of the crag. For all the battering that those walls take each year, I don’t think that they look too bad at all. I ensured that the sun was just peeping over the castle and then lightened the walls in post-processing.