The first two photographs this week bring to an end the collection of winter images I have been showing over the last few weeks. I try and get out a couple or more times a week, work and other commitments allowing, and so a backlog usually builds up of processing work to be done. I don’t like to post too many images a week and so inevitably we get to the point winter images are being shown in July!

I like the apparent lonely, barren waste, broken fence and signpost in the first photograph. It gives a very strong impression of cold isolation. In reality, there was a wood and village behind me and to my right more fields and a manor house. 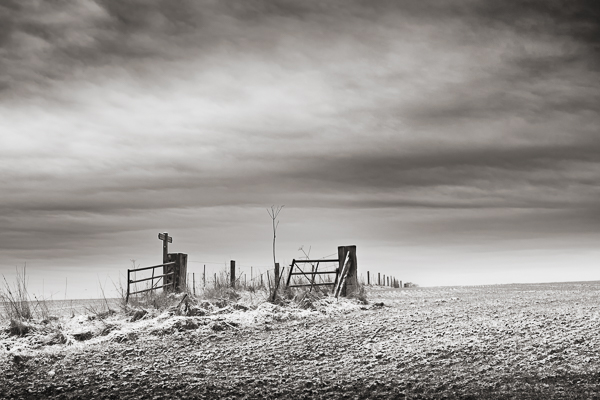 The second image I took on the same shoot and I liked the way that the grasses had been pushed flat by the winter wind and the show had drifted over them. The contrast between the snow and shadows enhanced the linear direction of the grass. 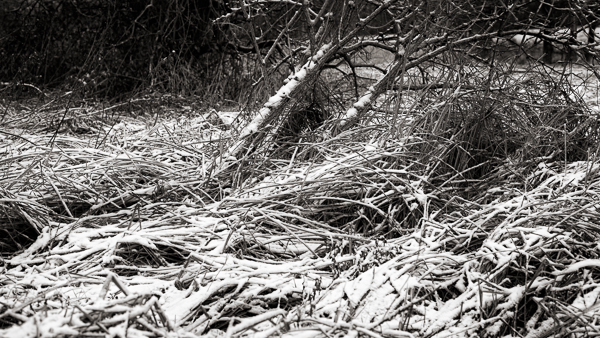 The third image is a closeup of the Hamlet statue in the Shakespeare Memorial in Stratford-Upon-Avon. It was early morning and it had been raining during the night, I liked the way that the droplets sat on Yorick’s skull in Hamlet’s hand. The light catching the back of the eye socket also makes it look like the skull is actually looking up at the brooding Hamlet. 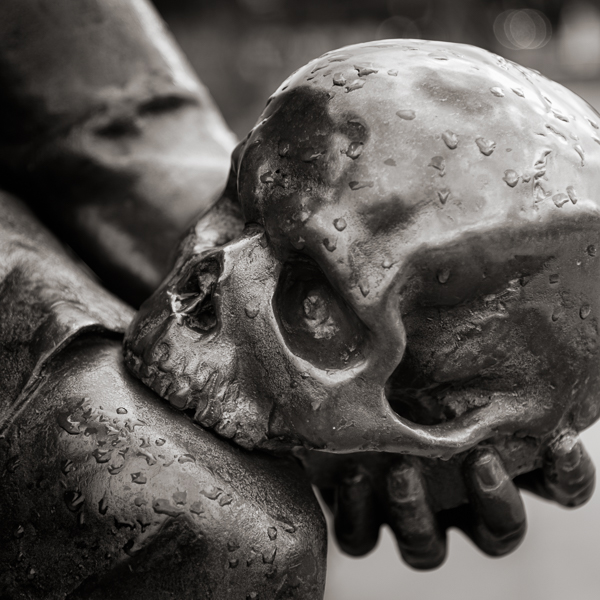 2 thoughts on “The Last of the Winter”