Well, I’ve downloaded and installed the update on to my X-E2 and I have to say I am so impressed that Fuji should present such an update to users of a camera that is now over two years old. It is virtually a completely new camera now. Not only that but Fuji also announced that the camera itself is being replaced later this year with the X-E2s.

So what is the difference between a Firmware updated  X-E2 and the new X-E2s. Well on the cosmetic side, the X-E2s has a new styled hand-grip, which is slightly larger than that of the X-E2, and its EVF is supposed to give slightly better resolution than the earlier model. Apart from that, after the version 4.00 update, both cameras are the same. 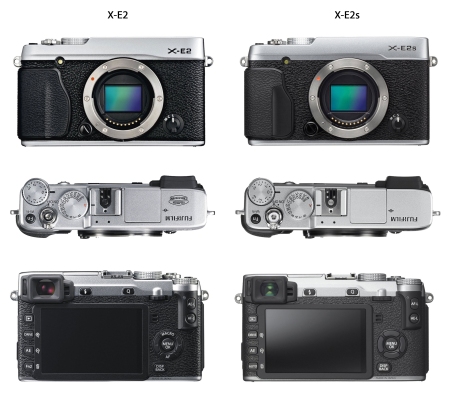 Kudos to Fuji for looking after their existing customer base and for embracing the practice of Kaizen,  but why bring out the new camera?