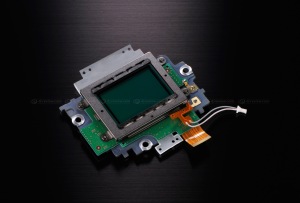 Wet cleaning the sensor on your camera is something that most photographers have to face at some point. When I used Olympus DSLR’s I never needed to worry about dust or dirt on the sensor their superb automatic sensor cleaning process seemed to take care of any problems.

Since moving to Nikon and full-frame cameras however, I have had to confront the small bits of detritus and even oil that find their way on to the sensor, or more strictly speaking, the anti-aliasing filter that lies on top of the sensor.

My first experience of wet cleaning a sensor was a baptism of fire. The camera in question was the Nikon D600. Mine was one of those that had the spotting of oil from the shutter box on to the sensor. I knew that I would have to learn how to clean the sensor myself as it seemed that according to various forums that if you got the dreaded oil, you got it bad and it keeps coming back – at least for a fair number of shutter activations. Expensive trips to techs for them to clean it was out of the question. My D600 had the oil problem bad. I owned the camera for four months and during that time I cleaned the sensor five times and I think I was conservative on taking the trouble to do so.

I used the Visible Dust system of dust and grease removal and the cost in swabs was enormous. But I managed it. I cleaned the sensor each time. Admittedly there was one occasion when I thought I would never get rid of the smears but on my last swab I succeeded. I eventually got rid of the D600, although I really loved the camera and bought the D800.

I also bought a D7100 and have cleaned that once since I’ve had it, and that clean went well.

I have had the Nikon D800 camera for just over a year now and this week I attempted its third sensor clean. The first two had gone really well, and I thought I was getting quite good at this sensor clean business. I had bought 12 new Visible Dust Green Swabs and ‘Vdust Plus’ and ‘Smear Away’ cleaning fluids so was ready. There had been a little dust on the sensor which came off easily with a rocket blower, but after taking test pictures there were three or four marks which could only be grease or oil spots.

I got stuck in. I just made the dirt and oil on the sensor worse. I couldn’t get rid of the smears. I used all of the swabs (30 quid’s worth) and at the end only managed to get rid of a small proportion of the smears of oil. So, I had no option and after ringing around a few places, I took the camera to the London Camera Exchange in Leamington Spa and they cleaned it overnight and I picked it up the next day. The sensor was sparkling clean. Thanks guys.

I still don’t know where I went wrong with the last clean I did. Perhaps I got some grease off the mirror box with the swab and wiped it across the face of the anti-aliasing filter, I don’t know. But I do know that now I have a competent tech close to home who can clean the sensor for a few pounds more than I would pay for 12  V-swabs, so I know what I will be doing in the future.