I’ve been looking for a bag that I can use whilst abroad on holiday, to hold my D7100 with the AF-S Nikkor 24-85mm f/3.5-4.5G ED VR that I originally got with the D600 that I sold. I wanted it also to have some room to carry a water bottle and other bits and pieces and also to not really look like a photo bag.

At Photography Live a couple of weeks ago I had a look at the new version of the Lowepro Passport Sling II. I was actually looking for the original Passport Sling, but apart from some styling they are pretty much the same bag. I thought that the Passport Sling might actually do it and so resolved to order one from Amazon once I got back home.

I also looked at the new LowePro Photo Sport Shoulder, but initially I wasn’t too enamoured with the material which used a very light material in its construction and felt like a nylon sports bag.

Anyway back at home I ordered a black Passport Sling (the original version) and it duly arrived. 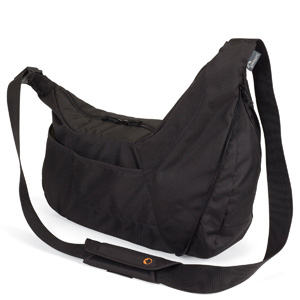 First thing I found is that there is no way that I could get my D800 into the padded camera box that fits inside the bag. The D800 is just too big. The D7100 however with the 24-85 fits like a glove. I went out with it last week and it worked really well. It was comfortable and wasn’t too obtrusive. I like it.


However I have now been thinking a little more about the Photo Sport Shoulder. It is a slightly different shape to the Passport Sling – more like a normal shoulder bag. 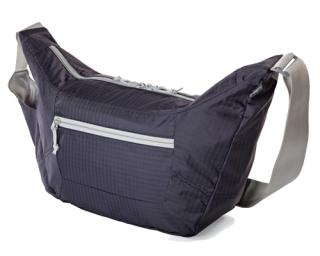 It also has zipped side pockets which the Sling doesn’t, and so I have been wondering if it’s something that I could use instead of my Tenba aeroplane carry-on bag. The material that it is made of obviously doesn’t make it look like a camera bag and so that when you are travelling abroad with a camera is a bonus.

I shall investigate further.