The first thing I needed to ascertain whilst intending to copy my transparencies from thirty years ago, was which Fuji lens would give the best result using the MCEX-11 extension tube? From my first tests, I found that the actual distances given on the table were not very accurate, giving blurred and distorted results. So, I used the figures given by Fuji only as a starting point and then set out to test all my lenses.

After examining all of the lens results, it was the brilliantly versatile trooper of a lens, the 18-55mm that produced the best images in terms of sharpness and lack of distortion. This was with the lens set to its wide-angle setting of 18mm. I used manual (back button) focus, aperture priority and although all the detail I wanted was on a flat plain I used an aperture of F11. 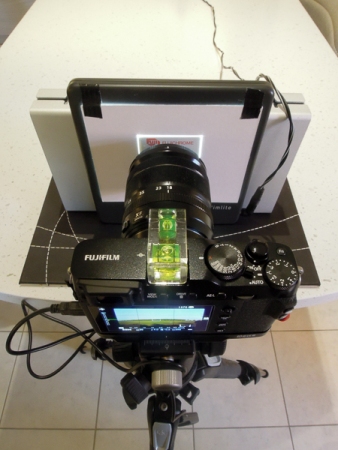 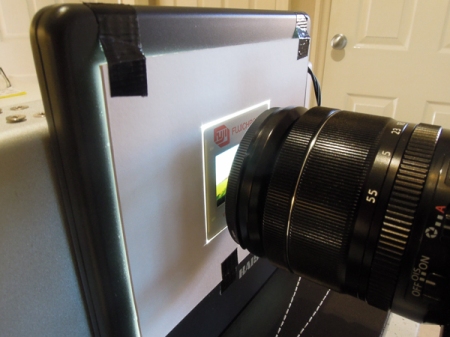 So, my rig was set up thus. Fuji X-E3 with the MCEX-11 and XF18-55mm mounted on a tripod. I used a hot shoe spirit level to get the camera level on all axis and a shutter release cable to ensure the camera wasn’t moved during the taking of the photograph. My lightbox had a piece of mounting board taped to the front with a hole cut-out to take a slide. The lightbox was then stuck to an old, very heavy, external hard drive for support and positioned vertically in front of the camera lens. The camera was then moved to ensure it was the correct distance from the slide and perfectly in line. Once it was all set up I then took the photographs.

I’ve still yet to tweak any of the images, but the main point was to retain a digital record of my old transparencies and this setup has now enabled me to do this. I still have many more years to copy, so this will keep me busy for quite a while.