If you use Peak Design’s excellent straps, then you also use their anchors. In June this year, they released version 4 of their anchors as a response to a few failures of their version 3 anchors. “Few” is the operative word here.

According to their website, they had seven reports of their V3 anchors wearing out. The V3 were the first of the anchors to have a wedge-shaped body and thinner cable. It was found that the cable in these seven cases had frayed prematurely. According to PD they have sold 1,000,000 of the V3 anchors so that is a failure rate of 1 in every 17,000 users. Rather deny there is a problem like some companies do (I had an original oil smeared Nikon D600), PD have updated their anchors and have offered free replacements to those who purchased the V3’s.

A lot of people (perhaps most) feed the anchor cable directly through the anchor eyelet on the camera. I don’t, I use a split ring between the anchor and the eyelet. The material used on camera eyelets can apparently vary as can the smoothness of the inside of the hole. These seven unlucky users found the cable on the anchors wearing through where they passed through the camera eyelet. Obviously, this could mean that the camera could fall off the strap. 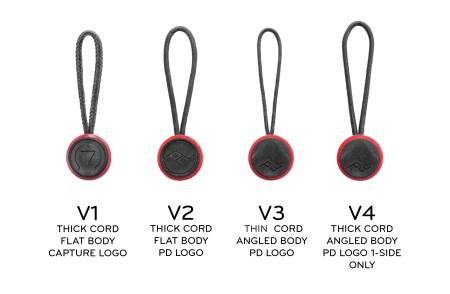 So if you own V3 (or V1) anchors, Peak Design have set up on their website a form that you can fill in and get free replacements. If you have versions 2 or 4, you are fine, versions 1 and 3 can be replaced free of charge.