The following three pictures were all taken at St Mary the Virgin church at Broughton Castle in Oxfordshire. I was using a Nikon D800 and a Nikkor 50mm f/1.8 lens which really came into their own inside the church and to take pictures of the tomb inside of Sir Thomas Wykeham and his wife. The light was very low and so the wide aperture available to the 50mm came into its own. The D800’s ability to take high ISO images without noise was also a boon as I was using ISO 900 inside the church.

The first picture, in colour, is the head of Sir Thomas’ effigy on the tomb. The low light, the pale stone used for the tomb and the heavy-lidded eyes of the effigy lent a sinister feel to the image. I rotated it anti-clockwise ninety degrees to make it look as if the head is looking down, and this together with the unhealthy looking pallor of the head helped with the brooding look.

The second and third images are close-ups of the hands and again the head of Sir Thomas, this time in its repose position. And this time it does not seem so eerie as it appears in the colour image. Using the 50mm lens wide open also meant that the background took on a nice blurred feel which ensured that the viewer’s attention was pulled to the subject of the image. 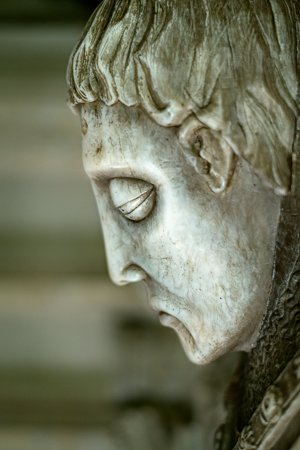 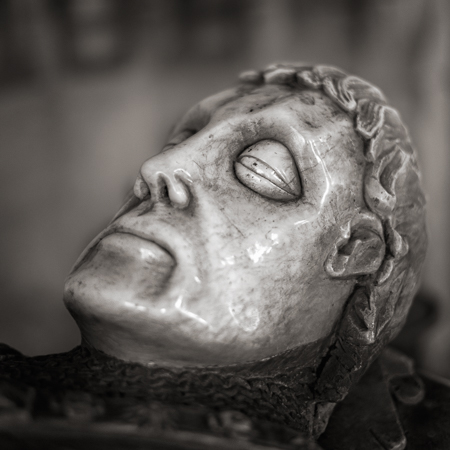