The following photographs were all taken at Buscot park in Oxfordshire. Once again they were all taken with a Nikon D800 and a 24-120mm f/4.0 lens. The first image taken of the copies held at Buscot of some of the terracotta army is in my more usual format of 1:1 or square. I opened the lens to F/4.0 and focussed on the second sculpture in the line as I wanted the viewer to be drawn to that particular one. By making the others out of focus and the one in the foreground cropped as well, I think that aim has been achieved.

The second image is of the obelisk in the garden. The sky was a deep blue that day and it was very warm so in processing I darkened the sky a little more to emphasise the three sides of the sculpture that can be viewed in the picture.

The third image, I took because of the implacable stare that was on the statue. I also like the way that the sun left shadows on the face highlighting the features. 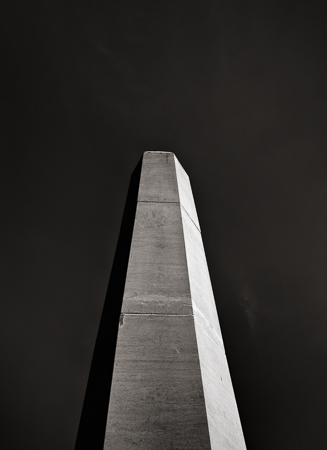 One thought on “Photographs #3”