Today I paid another visit to Witley Court. It was promising to be another lovely early spring day and I had three photo projects that I had to be getting on with.
Witley court started off as a medieval manor house but was bought by the Foley family in 1655. Over the next two centuries the house was altered and enlarged. When the Foley fortune began to wane, it was sold to William Ward who became first earl of Dudley. He had it remodelled with a new wing and conservatory and ornate gardens. On the night of 7 September 1937 a fire started which except for the west side destroyed the rest of the house. The then owner decided not to rebuild and sold the estate. It was never lived in again but was stripped of valuable stone and lead and left to rot.
English Heritage have restored almost all of the gardens and now look after the very impressive shell of the house.

Below is a view of the house from the south in the middle ground can be seen the Perseus and Andromeda fountain, which when it’s in full flow is most impressive. 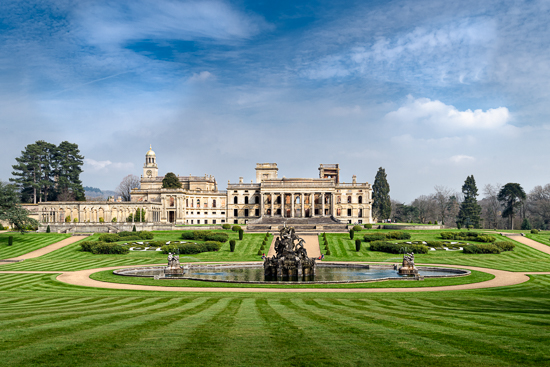 One thought on “Out and About – Witley Court”